Sometimes I don’t know what to make of this crazy sport. Why we’re drawn to take part in such an extreme activity.

We could join a book club. Take tango lessons. Help out in a soup kitchen.

But no. We run through a forest for 24 hours. A forest crawling with bears and wolves and bone-grinding hills. 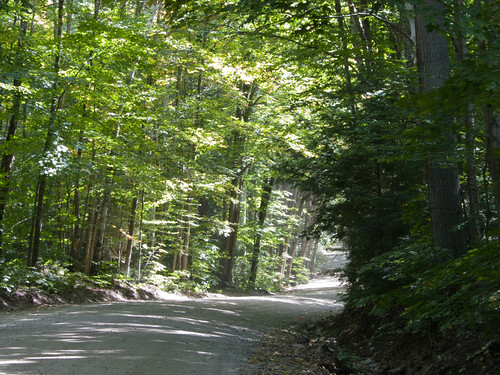 This year, I promised myself I’d run Haliburton for fun. Not to podium, Not to P.B., not to beat some random number on a clock. Of course, when I learned, after 35 miles, that I was running 4th, something primal went CLICK inside my brain.

Suddenly I HAD to maintain that position! It seemed the most important thing in the world.

It always shocks me, how self-absorbed I become on the trail. I turn into this weird creature. A strange animal.

Trail races can be frustrating because it’s impossible to see your closest competitor. They could be ten kilometers behind you, or they might be 100 paces back. There’s no way of knowing. The only thing you can do is run as fast as you can. 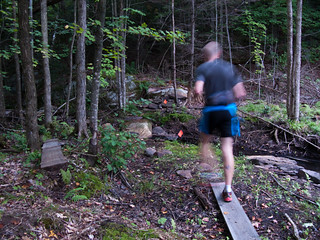 I ran hard through the afternoon and banked some good mileage. Sunshine slanted through the trees, and then it got dark and I pulled on my tights and jacket and headlamp. At a certain point, my stomach gave out. I couldn’t get any food into me. Finally I realized my problem. I needed salt! I gobbled a bunch of e-caps and drank gallons of e-load, and a few minutes later my appetite returned. Suddenly I was ravenous! I snorfed down bananas, sweet potatoes, pressure-treated lumber, Uniroyal snow tires…

At 9 p.m. a full moon rose into the sky. It was blood orange at first, and then it turned white. Every time I looked up, it was in a different place. Wind blew through the trees. The forest felt haunted. 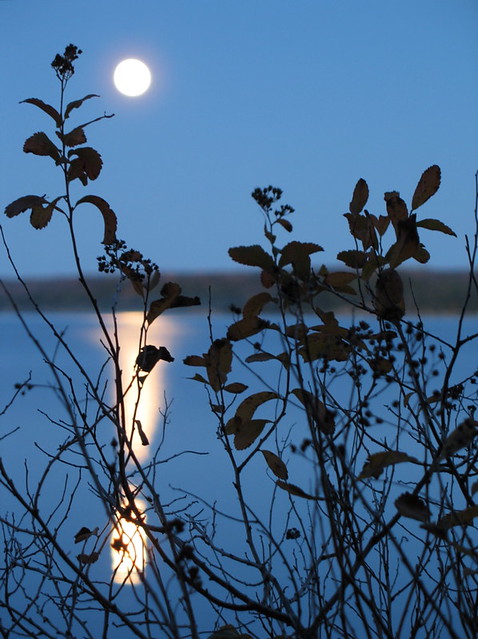 My favourite moment occurred at Aid Station #6. After force-feeding me some of his world-famous burritos, Gary Black turned to me and said, “So Dave, how do you feel about bears?”

A bear had been spotted nearby on the trail. I put on my brave pants and jogged back into the night, singing Katy Perry tunes at the top of my lungs.

An hour later, I stopped to pee. I was happy to be peeing. It meant my kidneys were still working. 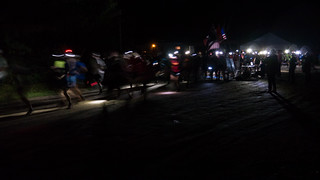 Eventually I got to the 75-mile aid station. The volunteers cheered and banged cowbells and plied me with food. I was mostly animal now, but I still remembered some English, so I thanked them and gave the luckier ones a sweaty hug.

As I stood there chatting, I was reminded what makes this sport so great. Ultra-running is probably the only sport in the world where the participants are constantly told that they are awesome. It doesn’t happen in bowling. Probably doesn’t happen in the NFL either. But in ultra-running you hear it all the time. You are awesome. The volunteers kept saying it to me, God knows why. I’d done nothing to earn their praise. Quite the opposite. They were the awesome ones! They could’ve spent the day relaxing on a verandah with a book, but instead they were out here in the middle of a forest, being abused by cranky runners, filling water bottles and swabbing blisters and picking paper cups and sticky gel wrappers off the ground! 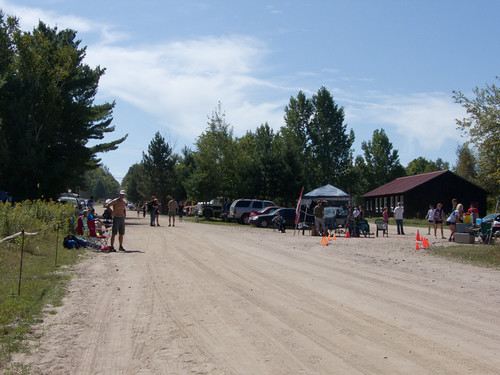 And then there were the ultra volunteers; the ones who’d sacrificed their entire vacations to make this race happen; the ones who’d planted 100 miles worth of flags, couriered supplies, negotiated sponsorships, and dealt with the finances. I’m talking about the Helen Malmbers and Don Kuzenkos and Gary Blacks and Merle Tubmans of the world. The people who sweat this race into being year after year. There are others, of course, and you know who are. Please know that your tireless work does not go unnoticed. You are awesome. 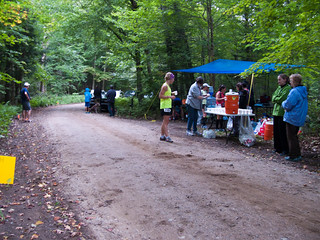 After the 75 mile aid station, the trail doubles back on itself, which means you get to pass the people behind you. After running 2 kilometers I passed my closest competitor, who was still on his way out to the turn-around.

‘You are awesome!’ he shouted as he flashed by.

“No, YOU’RE awesome!” I called back. And he truly is. A lovely guy.

It was a shame that I was going to have to crush him.

I thought about him often as I ran, and the fact that he was a mere 4 kilometers behind. It didn’t seem like much of a cushion, considering I still had 40 kilometers left to run. Every time I slowed down to walk up a hill, I imagined him bounding over the hills behind me like a gazelle. He was steadily gaining ground, I felt sure. That’s why I did what I did.

What did I do? Something I’m not proud of. At 3 a.m., and with five kilometers left to run, the animal inside me took control. I doused my headlamp and ran in the dark. It wasn’t easy, but the full moon helped, and the logging road was fairly smooth and easy to follow.

Why did I do this? So my pursuer wouldn’t see my light. If he saw my light, he’d be filled with hope, and doubtless would try to pass me. I couldn’t let that happen. I needed to extinguish all his hope. That’s right – I’m the hope-killer.

See that face? Looks friendly, doesn’t it? Don’t be fooled. It’s the face of a beast.

Even though I’d been determined to run this race just for fun, I couldn’t, in the end, allow my pursuer to claim fourth place. To that end, I became conniving, fox-like. I truly did become a strange animal.

That’s the thing about the 100 mile race. You think it’s going to be an adventure. You think you’re going to Hogwarts or something. But when you get there, you find you’re in Mordor instead.

It’s not Disneyland out there; it’s Lord of the Flies.

That’s what makes the sport so great. After 30 miles, and mountains of pain, something goes CLICK inside your mind. You’re still human, and you’re awesome, but the animal is off its leash. It’s not something we get to see very often. 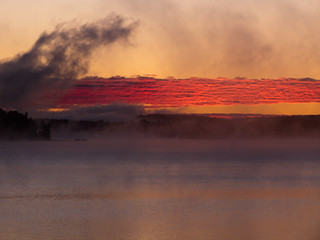 Photos by: My talented brother Andy