Are you scared to let your friends read your writing? Do you live in fear of being told, ‘You’re no good?’

My first novel came out last year, but before that, I was constantly getting told that I sucked: 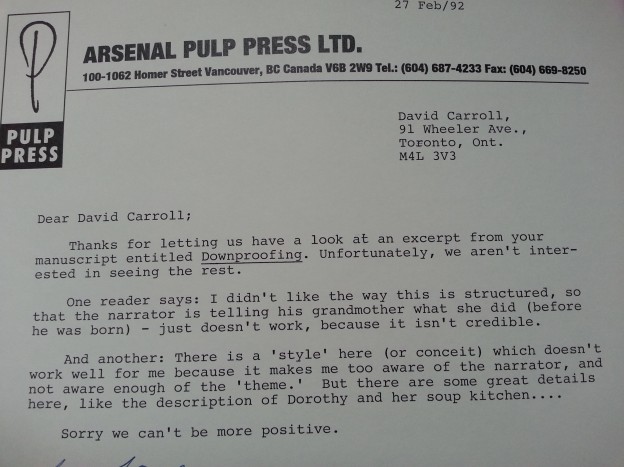 That rejection letter came in response to a very stinky novel I wrote in the early 1990’s. Nowadays it’s clear to me why it got rejected. It was more boring than following a bunch of rug-hookers on Pinterest.

All the same, I was DEVASTATED by that note. How could the Arsenal Pulp Press people be so cruel?

That one sentence: “Unfortunately we aren’t interested in seeing the rest.” Ouch!

I could have stopped writing right then. I sure wanted to. I wanted to lie down on the couch and inhale a bag of barbecue chips and never, ever pick up my laptop again.

But I didn’t. Instead, I kept writing. And when I finished my next short story or novel, I sent it out too, and got another rejection back.

I started to keep a collection of my rejections. The stack of letters grew until it was thicker than a phone book.

Rejection letters are like a dare. They’re daring you to work harder and become a kick-ass author. 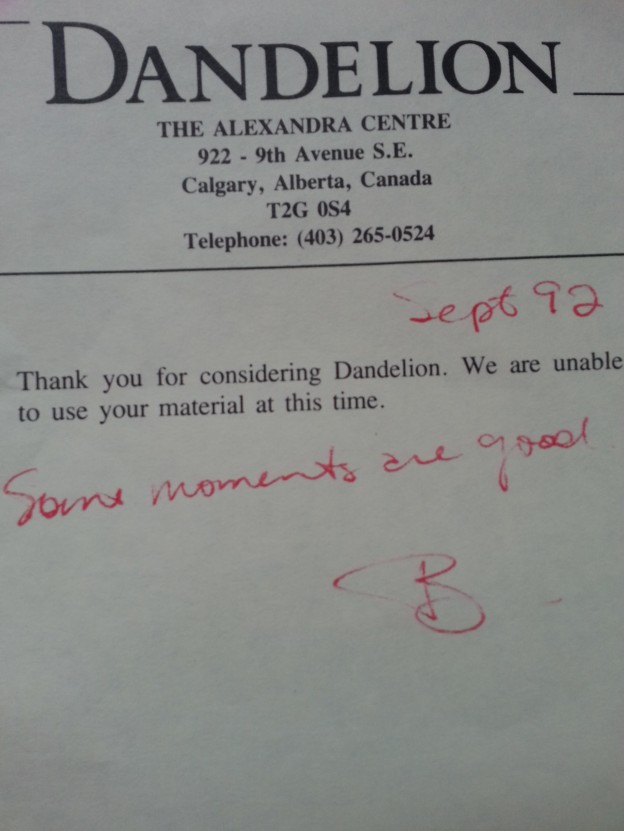 Don’t let the rejections get you down. Yes, they sting, but they’re making you stronger. Hold them closely to your chest. Don’t give up. The finish line is out there – somewhere. 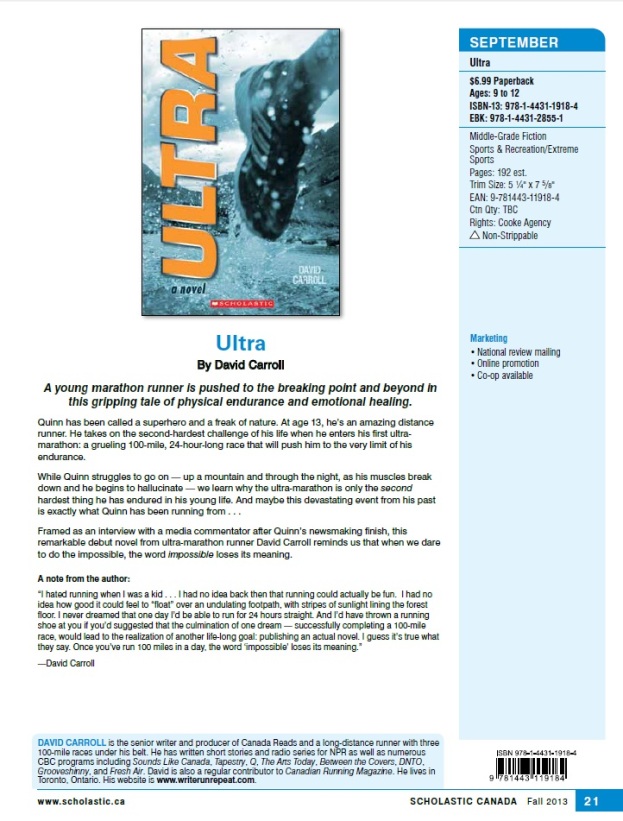 2 thoughts on “Why Rejection = Strength-Training”