Have you ever cooked an amazing meal for a friend? I mean, a truly amazing meal? Maybe your famous thai shrimp curry with cornmeal flatbread and that amazing spinach and strawberry salad you do…

And you set that meal down for your friend and watched him or her eat it — bite by bite… Course by course… Appetizer, salad, main course, dessert. And all that time you were WAITING for their verdict. But they kept eating, and you kept waiting, and the compliment never came? 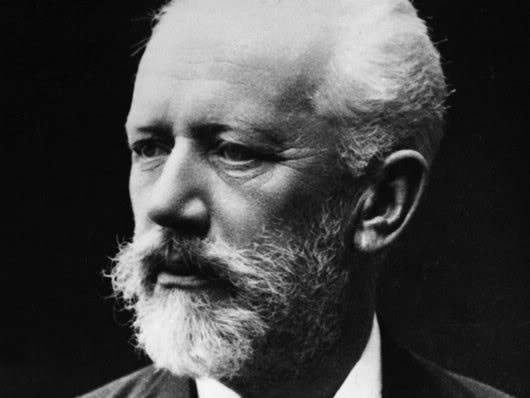 That’s kinda what happened to the great Russian composer, Pete Tchaikovsky. After ole Petey finished composing his very first piano concerto he played it for his buddy, Nikolai Rubinstein. Rubinstein was this hugely famous pianist and Tchaikovsky was hoping he might agree to perform this new concerto. But the longer Tchaikovsky played, the more silent Rubinstein became.

Here’s Tchaikovsly’s version of what happened:

“I played him my first movement. He gave no comment. Not a single word, not a single remark! Oh, for one word, for friendly attack, for God’s sake one word of sympathy, even if not of praise. I fortified myself with patience and played through to the end. Still silence. I stood up and asked, “Well?”

Well, the news wasn’t good. Rubinstein HATED the concerto. According to him it was worthless and unplayable. Passages were so fragmented, so clumsy, so badly written they were beyond rescue. The work itself was bad, vulgar. Two or three pages were worth preserving; The rest needed to be thrown away!

All in all, it was a miserable night for Tchaikovsky. But don’t worry – things turned out alright in the end. Here’s the “worthless and unplayable” work Rubinstein was referring to:

Never lose faith in yourself, or your dreams. Persevere! Create that masterpiece!

And don’t let the haters get you down – even if they are “experts.”