My novel Ultra doesn’t have any pictures. But that doesn’t stop readers from drawing their own.

Here are some illustrations, drawn by kids, based on scenes in the book. 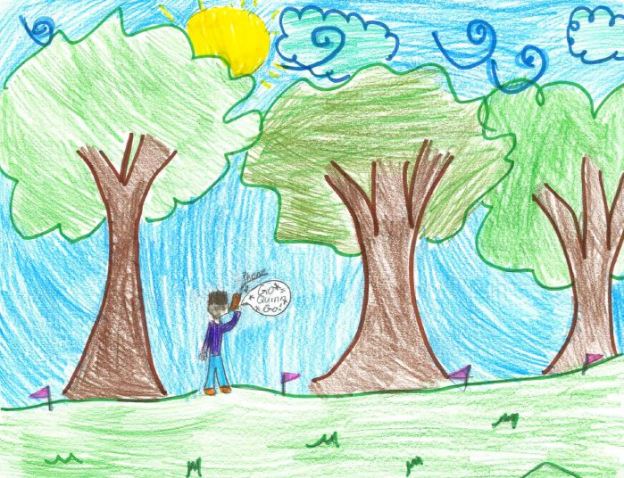 As you may or may not know, Ultra is about a 13 year-old boy, named Quinn, who enters a 100-mile footrace. Quinn runs all day and all night through a rugged forest. His little brother Ollie cheers him on, mostly over the phone.

Quinn has all sorts of crazy adventures during his 24-hour run. He sees hallucinations, meets crazy people, runs up and down mountains, and encounters extreme weather. He even has a run-in with a bear: 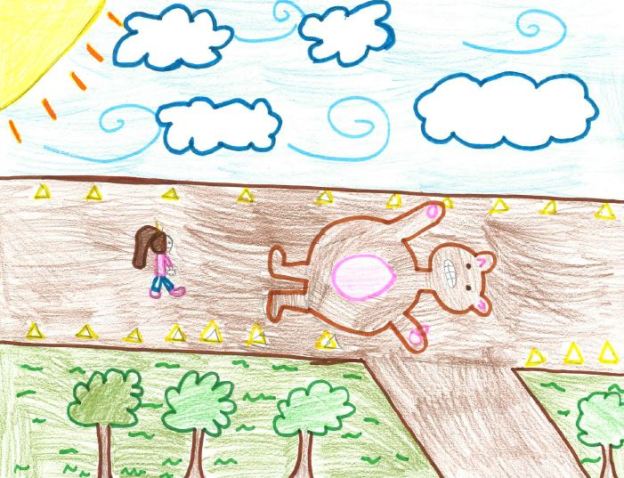 At midnight, after running for 18 hours, he arrives at the magical 75-mile rest station. There’s a disco ball hanging from a tree.

The disco ball gives him power and strength. So does the Krazy Glue on his feet (don’t ask)!

Eventually Quinn reaches the finish line. But does he beat the evil Dirt Eater? Is his family there to cheer him on? And why did he run this crazy race in the first place?

You’ll have to read the book to find out!

Thanks to the brilliant artists at St. Bridget’s School in Brooklin, Ontario for these amazing pictures. You all deserve a belt buckle!