is a form of madness.

No.  Trying to get a novel published is a form of madness. 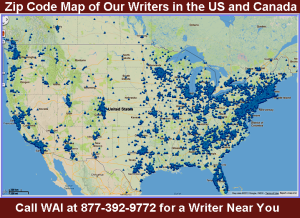 I won’t bore you with the manifold heartbreaks that befell me in the months before I finally got the call from my agent-to-be.  But I will share one example of the profound self-doubt I experienced as I rewrote my novel for the umpteenth time.

It was the spring of 2011.  I’d spent two years writing and re-writing my pretty-skimpy looking 40,000 word book, and then three months pitching it to prospective agents.

And it was the call.  But the literary agent was quite clear with me: he wanted a few changes before he could offer me representation.

His suggestions were excellent, and I had no doubt that every single one of them would improve the book.   The only problem was, I actually had to write those changes in.  Which meant yet another rewrite – under a strict two-month deadline.

This novel is stupid, awful, I hate it, I can’t write, I’m a terrible writer.  I hate myself.  I’m the most boring person on the face of the planet! Every day I get up at 5 a.m., write until 8, run to work, run back home, then write from 7 p.m until midnight.  Weekends I do nothing but write.  This has been going on for six weeks now.

Am I happy?  NO I’M NOT HAPPY!  I’m pretty freaking UNHAPPY!  I hate this.  It’s the hardest thing I’ve ever done.  The opportunities for rejection seem endless.  And yet I toil on, annoying everyone who loves me (and that ain’t many!)

“This is your 100 mile race, Dave,” Shawna told me.  “This is the tornado that Quinn faces at the end of your book.  Everything is telling him to quit, but he doesn’t.”

That’s right, I thought – Quinn doesn’t quit.  He beats the odds and crosses the finish line.

But here’s the difference between a fictional character running an ultra-marathon and an all-too-real human being writing a novel: in a running race, all you need to do is cross the finish line.  Do that, and you’re a success.  You get a cheer and a finisher’s medal.

If you fail to do any one of those things, then YOU FAIL!  There are no finishers’ medals for novelists.  Maybe there should be.

A few weeks after I wrote those piteous words, I finished the rewrite of the book, and sent it back to the literary agent.  A couple of weeks dragged by, and I didn’t hear anything back.  Then, on June 17th, I wrote this:

The agent acknowledged receipt of my manuscript today.  He wrote: “We have it.  Thanks David.”

I read and re-read that e-mail over, trying to glean some information from it.  “We have it.  Thanks David.”   Hmmm.  What did that mean?

First I thought – he hasn’t read the manuscript yet.  Or if he has, he hasn’t yet gathered the opinions of his trusted advisers.  Or, maybe something worse is going on, I thought.  Maybe his marriage is failing and he’s folding his agency and he doesn’t have the heart to tell me how distraught he is.

Or more likely, I thought, he’s read my manuscript and he hates it, and now he wants to punish me for wasting his valuable time with my lame writing.

What does that mean?

Writing is suffering, just as running is suffering.  But in both instances, the pain is quickly forgotten, and plans are soon hatched for the next enterprise.

Keep putting one foot in front of the other.  The finish line is out there.  Don’t give up. 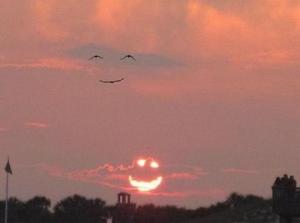