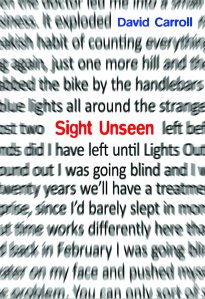 Terrifying stuff. And guess who’s sitting in the saddle? 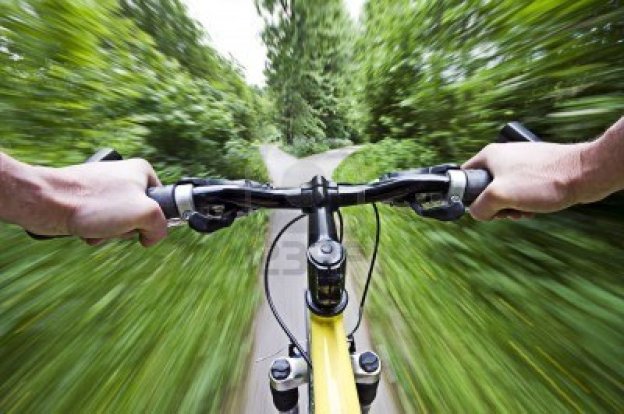 I know this because I have a friend who’s legally blind, and for many years he rode a bicycle through downtown Toronto’s busiest streets – even after he’d lost 90% of his vision.

Yes. A blind guy rode his bike through downtown Toronto. Not just once. He rode that bike for years. 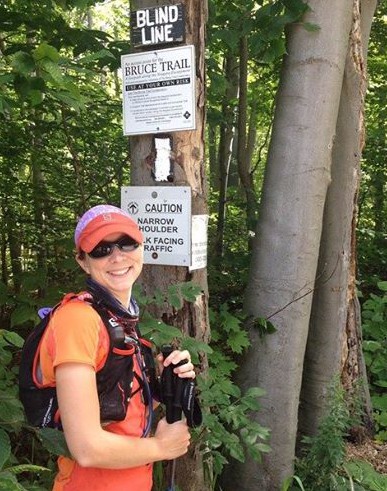 I have another friend who ran the entire Bruce Trail – all 890 gnarly kilometers of it – in spite of having just 8% vision.

People with visual impairments have written hit records and climbed Mount Everest. One of them even served as President of the United States. 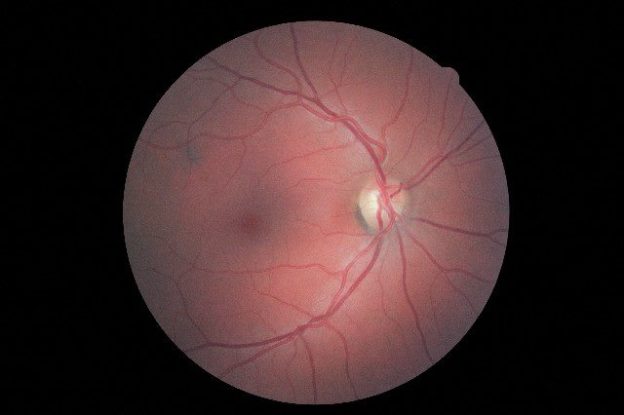 I spared my protagonist a life in politics. instead, I made him passionate about mountain biking. And why not? I loved cycling when I was a kid. Of course, as I got older, I gave the sport up. I got more and more uh, what’s the word? Oh yeah – chicken.

The most common injuries among mountain bikers are (1) broken wrists, (2) broken collarbones and (3) broken ribs. For that reason, I have’t ridden a bike in years. I love running too much. Don’t want to risk getting injured.

Still, I love watching videos and reading about mountain biking. I’ll be keeping an eye on the goings-on at Crankworx next week. Speaking of which, here’s one of my all-time favourite videos. It centres around Brendan Semenuk; one of the best dirt jumpers in the world. As I was writing Sight Unseen, I watched this video over and over. My main character, Finn, dreams of landing some of the jumps Brandon does here. Finn is especially determined to do a ‘Superman No-Hander.’