Something lovely happened over the weekend.  Mary Ito, the host of CBC’s Fresh Air, gave a great plug for my book.

I didn’t hear it, but friends did. They told me that a woman who’d heard my interview with Mary a couple of weeks back sent an e-mail to the show. She’d given a copy of “Ultra” to her 11 year-old grand-daughter. The grand-daughter devoured it in, like, 2 days.

You have no idea how happy this makes me. Not that Mary read the e-mail (though that was nice too), but that an 11 year-old girl actually liked my book!!!

I spent twenty years writing short stories and novels. They were awful. Then, suddenly, a couple of years ago, a different kind of story burst out of me; a story about the most unlikely of subjects – a 13 year-old boy who runs a 100-mile footrace. And it got published. And now kids are reading it. Not just boys; girls too. That’s thrilling. Better than thrilling. It’s a dream come true.

Which is funny, because that’s what the novel is about too. Dreams coming true. Oh, I know there’s a big, fat running shoe on the cover, and I know the novel is called “Ultra” – as in ULTRA MARATHON, but at its heart, the book isn’t really about running. It’s about something far more universal.

It’s about grabbing your dreams by the throat and never letting them go. 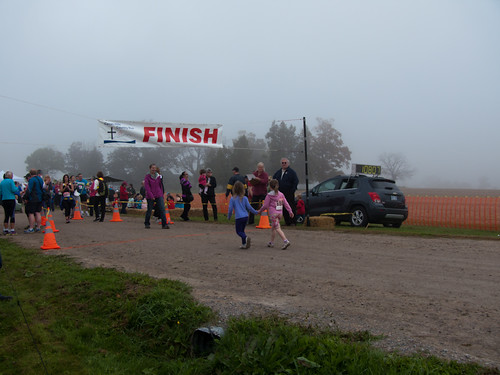 You probably won’t ever run a 100-mile race. That’s okay. Actually, that’s good! 100 mile races aren’t for everyone. It’s an extreme sport, and I wouldn’t recommend it to anyone – unless they’re into blisters and hallucinations and smacking into bears in the forest.

But here’s what I DO recommend. And here’s what I hope readers will take away from the book. Ready? Here goes. You too can achieve your dreams.

Figure out your dream, then HANG ON TIGHT. As tightly if you were riding the back of a whale.

Keep chasing your dreams. I know they move fast. But trust me: You are FASTER!!!!!