Well, that was something!

The 20th edition of the Haliburton Forest Trail run was held this past weekend. For two decades and counting, race director Helen Malmberg and her crew of unimpeachable wits have put on the best trail race this side of the Rocky Mountains.

Here’s what the starting line looked like, Saturday at 5:59 a.m. 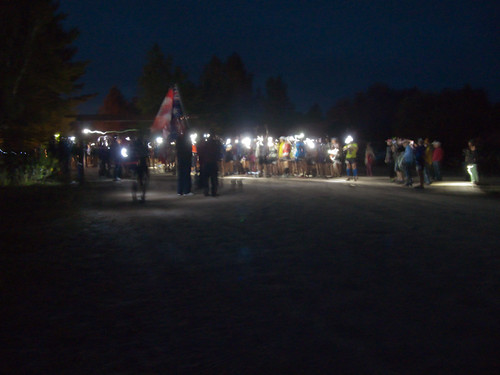 This is how it looked 90 seconds later: 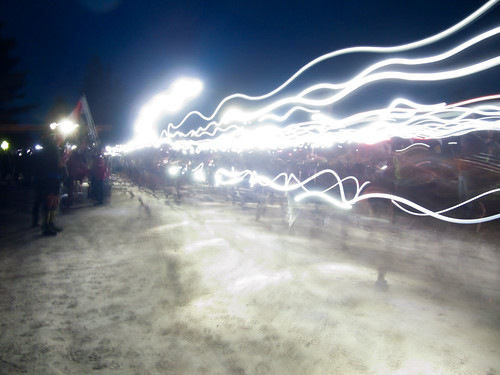 One hundred miles. 160 kilometers. Half a million strides. Starting NOW.

If you were to add up all the calories that runners have burned in this race over the last twenty years, it would be equivalent to a tower of butter that stretches all the way from here to, oh I don’t know, the moon. 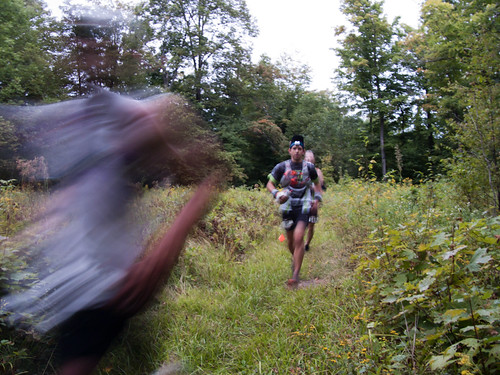 The weather held, despite the dire forecasts. A few brief showers fell throughout the day, but the raindrops stayed mostly in the canopy of trees, and the trails remained firm. Don did a brilliant job (as usual) of marking the route, and the aid stations were exploding with outrageously cheerful volunteers. You know, the kind of people who think nothing of baking a hundred dozen almond-rice bars, draining your blisters, and not even twitching at your repulsive Heed-breath. 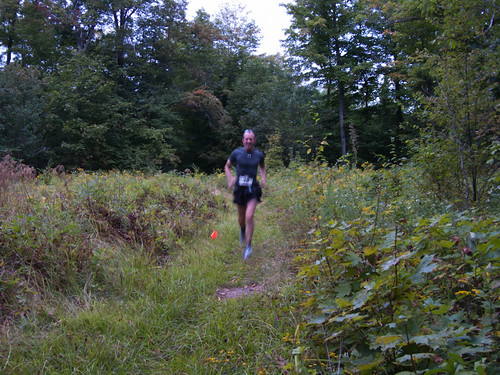 Can we talk about me for a second? Awesome. See, I couldn’t find my groove for the first thirty miles or so. The first fifty miles always get me down in this race. They strike me as a prelude; something you have to get out of the way before you can get on with the Real Race, which is miles 51-100. But something else felt off too. I was lonely. I barely saw anyone out there. Later, I’d learn this was because I was farther ahead of the pack than I thought. But at the time I thought it was just low enrollment.

Wrong, wrong, totally wrong.  Enrollment was UP. This race keeps getting more and more popular.

Anyway, back to me and my crappy mood. Every part of my body took its turn complaining, as usual. But then, at mile 46, something wonderful happened.  A volunteer at aid station 3 greeted me with a huge hug. “Oh my God!” she shouted. “You wrote a novel! And it’s about this race. When can I read it?”

This perked me up considerably. I stood there chatting awhile, basking in the adulation, until I suddenly remembered that I was running a race. I grabbed a couple of potatoes, and got on my way, promising to return with a copy of the book on my second lap. This little exchange turned my race around. Suddenly my legs were spinning like pinwheels. The knee pain I’d been feeling was GONE! 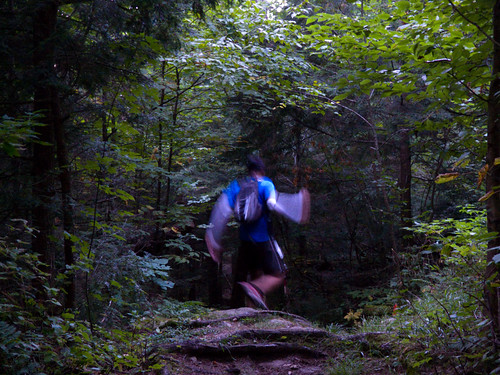 I finished the first 50 miles in nine and a half hours, and met my family at the turnaround, which boosted my spirits even more. I sent a copy of my book out to the volunteer at the third aid station, and by the time I ran back there, she’d already read the first two chapters. Crazy! At aid station 2, I met a young kid who had his nose in the book as well. Double crazy! I wanted to sign his copy, but nobody had a pen.

Oh well, just keep the legs moving!  Down Poachers Trail and then on to The Pass.  Everywhere I looked, I saw little details that I’d stolen and woven into the book. The Nanaimo bars at aid station 4. The disco ball at aid station 7. The hilarious goings-on at Margaritaville. Even Troutspawn Lane, a gravel road near the entrance to Normac Trail, became the name of my protagonist’s favourite band. It was a surreal experience – like I was running through the pages of my novel. Mind you, I didn’t have any hallucinations, of which there are A LOT in the book. 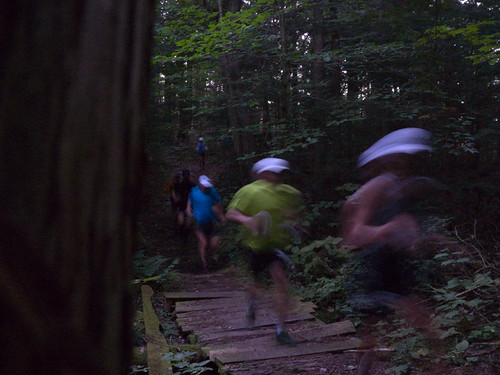 Of course I suffered the usual pain, and gobbled my fair share of Advil.  And I sank into the inevitable fits of depression whenever I foolishly contemplated the insane number of miles I had left to run. But I tried something new in this race. Excuse me if this sounds flaky. But whenever I felt that familiar depression coming on, I would say to myself, yes that’s true, you have a long way left to run, but how do you feel IN THIS EXACT MOMENT, RIGHT NOW? Every time I asked myself that question, I had to admit that I didn’t feel so bad. Once I stripped away my anxiety about the miles that remained, I was left with only the sensations in my body AT THAT MOMENT. My body hurt, of course. How could it not? But it never hurt enough to stop me from running. So I kept the legs moving. And the number on the odometer kept rising.

I crossed the finish line just before 3 a.m. The clouds blew away and the stars came out, and, later, the morning broke cold and clear. 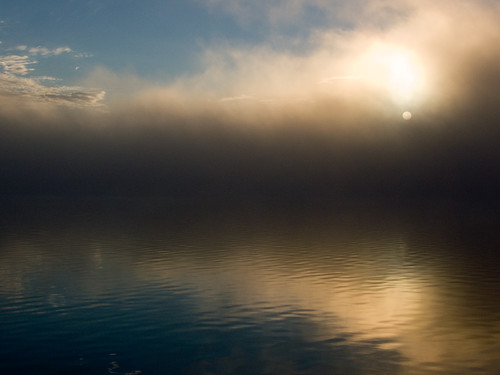 As usual, my favourite part of the race was hanging out at the finishing line campfire, eating Helen’s fried chicken and trading stories with the other runners. Stories about bear sightings and injuries and personal revelations on the trail.

A few people congratulated me on my run. I was thrilled with my time, but I felt awkward about claiming third place. I only got it because some better runners had bad days on the trail. But I guess that’s how it goes sometimes. And I must admit, it was a lark to squeeze onto the podium for once! 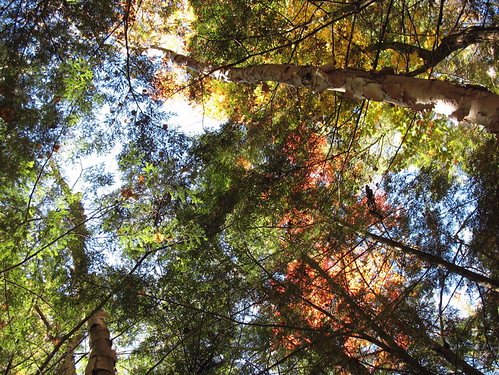 Many thanks to Helen, Don and Gary, and all the other volunteers, far too numerous to mention, who gave me and so many other runners such a precious gift. It’s a life-changing experience to run through a forest all night long, and it wouldn’t be possible without caring souls who are willing to watch out for us and cheer us on and put up with our B.O. and queasy stomachs and pain-induced crankiness. You all deserve a finisher’s medal!

Finally, a shout-out to my amazing parents, who gave me the genetic material that allows me to run these crazy races in the first place.  Let’s face it, it’s a privilege to have a body that can run for 100 miles straight. Yes, we train hard, and yes, we watch what we eat, and yes, we focus obsessively on our goals.  But we couldn’t do any of it if not for that duo who gave us the greatest gift of all.

This one’s for you, Mom and Dad!

4 thoughts on “20 Years of Ultra-Madness”