There’s a scene in my novel (now available, by the way!), in which the main character runs into a tornado while running a 100-mile race.

IIlustration from an early version of the novel

That’s Quinn, the main character, running along the shore of Hither Lake. Hailstones were crashing down around him, “like rocks in a blender.”

I included this extreme weather in the story because I once experienced a tornado while hanging out at my family cottage in Ontario. Nobody got hurt, but our nerves sure got frayed. Trees broke in two. We lost power for weeks.

This past summer, we had another tornado warning. My brother, The Photographer, caught the threatening skies on film. Here’s what the lake actually looked like. 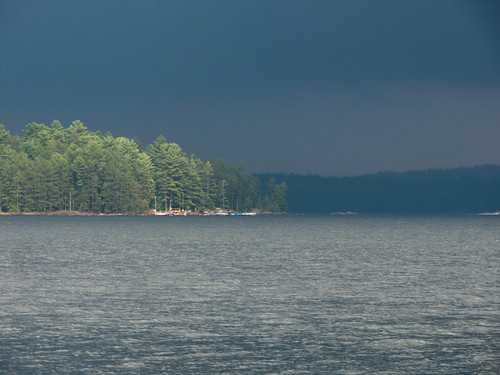