Michael Stipe, the lead singer of the rock band REM, once said this about the music of Arvo Part:

“It’s like a house burning down amid an infinite calm.”

That’s pretty much what running a 100-mile trail race feels like.  The forest slumbers peacefully all around you, while your body immolates itself. 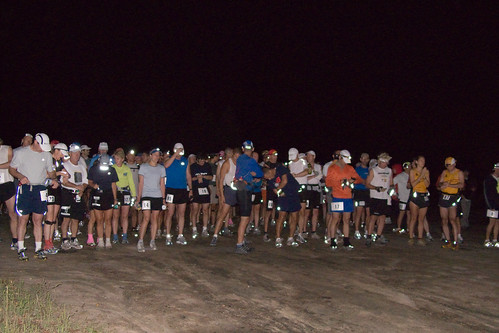 It’s not like I go around looking for pain, but I like to learn things, and I learn an awful lot about myself when things are really uncomfortable.  Dostoyevsky had it right when he said: “Suffering is the sole origin of consciousness.” 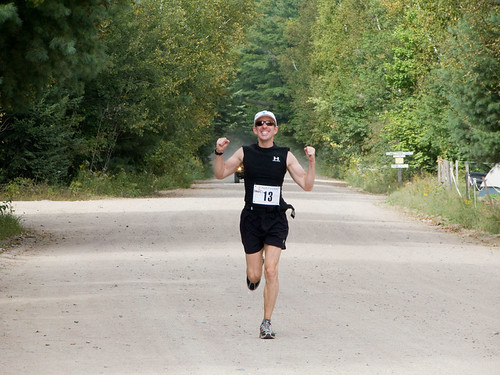 I ran my first 100 miler way back in 2008.  I thought I knew a thing or two about ultra marathons since I’d already run a handful of 50-milers and marathons.

I’d done a lot of physical training, but I wasn’t prepared for how surreal the run would be.  I certainly didn’t realize that the race really only takes place during the daylight hours.  Once night falls, most people slow down to a walk, and the “race” becomes little more than a night hike.  For my part, I managed to travel all of 18 miles in the final 7 hours of my inaugural 100 miler.  That’s a pace of roughly 2.5 miles per hour.  Previously, I would have been disgusted by that pace.  Now I can see only the victory in it, knowing the agony required to keep a battered body moving after 83 miles.

Neither was I prepared for the sheer beauty of the race.  Running through a forest at night is like running through a Grimm’s fairy tale.  There’s magic all around you, and danger too.  And there’s no guarantee of a happy ending.

Most memorable moment: coming into the 75 mile turnaround.

2 women were volunteering at this lonely outpost.  They were watching over a small campfire and a Coleman stove.  They offered me lasagne and chili, but I declined, knowing that I couldn’t possibly keep any solid food down.

“Nice night isn’t it?” one of the women said.

“A jolly good night!” I chirped, suddenly deciding, God knows why, that it was time to speak in a British accent.

“How about some chicken soup?”

This appealed.  “Smashing!” I cried.  “The absolute tops!”

The canopy of stars rotated above us.  I sat down at a picnic table.  It was the first time I’d sat down in 17 hours.  Someone had hung a small disco ball from a tree branch, and a lantern was burning right above it, so that the fractured lights from the disco ball swirled across  the backdrop of trees.

One of the women handed me a steaming Styrofoam cup full of chicken soup.  The noodles were crunchy, and the broth was saltier than the Atlantic.  It was like I was sucking on the keel of an ocean liner.

“You from the city?” the second woman asked.

I decided that these two women were ghosts.  It seemed impossible that they could be out here at the end of the world in the middle of the night, serving crunchy chicken noodle soup by the light of a disco ball.

“Are you having a good race?” the first ghost asked.

“Everyone’s hurting out here,” said the second ghost.  “I bet that a few days from now you’ll realize that you’re having an awesome time.  I mean, how often do you get to run through a forest in all night long?”

I nodded and slurped my soup, unconvinced.  “This really is incredible soup,” I told the ghosts.  “You two really ought to set up a little restaurant out here.  You probably wouldn’t get many clients out in the forest.  But the people who do show up would probably be enormously grateful.”

The two women stared hard into my eyes.  “Are you sure you’re okay to keep running?” they asked.

A couple of hours later, I stopped running to take a nature break.  I turned out my headlamp and peed into the void.  I had never seen such darkness, or heard such silence, in my life.  After I finished I stood in the dark for a few moments longer, mindful of the great privilege it was to be there in that place, in that moment, in spite of all my pain.  I was healthy, fit, upright, and enjoying nature.  Tomorrow I’d be back in Parkdale, leading my dishwater life, checking Facebook and listening to Phil Collins on the radio.

A part of me wished I could stay in that moment forever.  But I was also worried that some racer behind me was drawing ever closer, so I snapped my light back on and kept running.  And running.

The final few kilometers of the race were very hard.  Somewhere around 3 a.m., I realized that I wasn’t going to break the 24-hours barrier.  It was a crushing blow, and for the final 12 miles, I fell into a terrible despair.  For some reason, I was absolutely convinced that my friends and family would be deeply ashamed of my inability to run a hundred miles in anything less than 24 hours.  I actually wept on the trail, thinking of their disappointment.
I know – I’m insane.   I could have finished the race in 48 hours, 72 hours, A WEEK, and my family would have buried me in roses.  And yet, in those final miles, all I could see was failure.

And then, far off in the distance, I saw the finish line.

In the few seconds after I crossed that line, I nearly went unconscious.  I could barely hold my head up straight, and my eyes refused to look in the direction I wanted them to look.

“Are you okay?” a woman asked.  I said yes, because I didn’t want to scare her, and also because I was pretty sure that I would be okay in a second.  Someone sat me down at a chair beside the fire and my consciousness slowly returned, and I became dimly aware that I wasn’t dying of a stroke after all.

What I told Shawna, immediately after the race: “That was really stupid, I can’t believe I did that.  It’s too extreme and dangerous.  I’m never doing that again.”

Phone message I left for my friend Kai, 3 hours after the race: “It was an interesting experience, and I’m glad I can scratch it off my bucket list.  But there’s no way I’ll ever do that again.”

Phone message to my friend Mary, after I’d had a nap: “Hey Mary, I’m still alive.  Not in a coma, so stop worrying.  It was amazing.  Totally amazing.  I HAVE to do this again!”